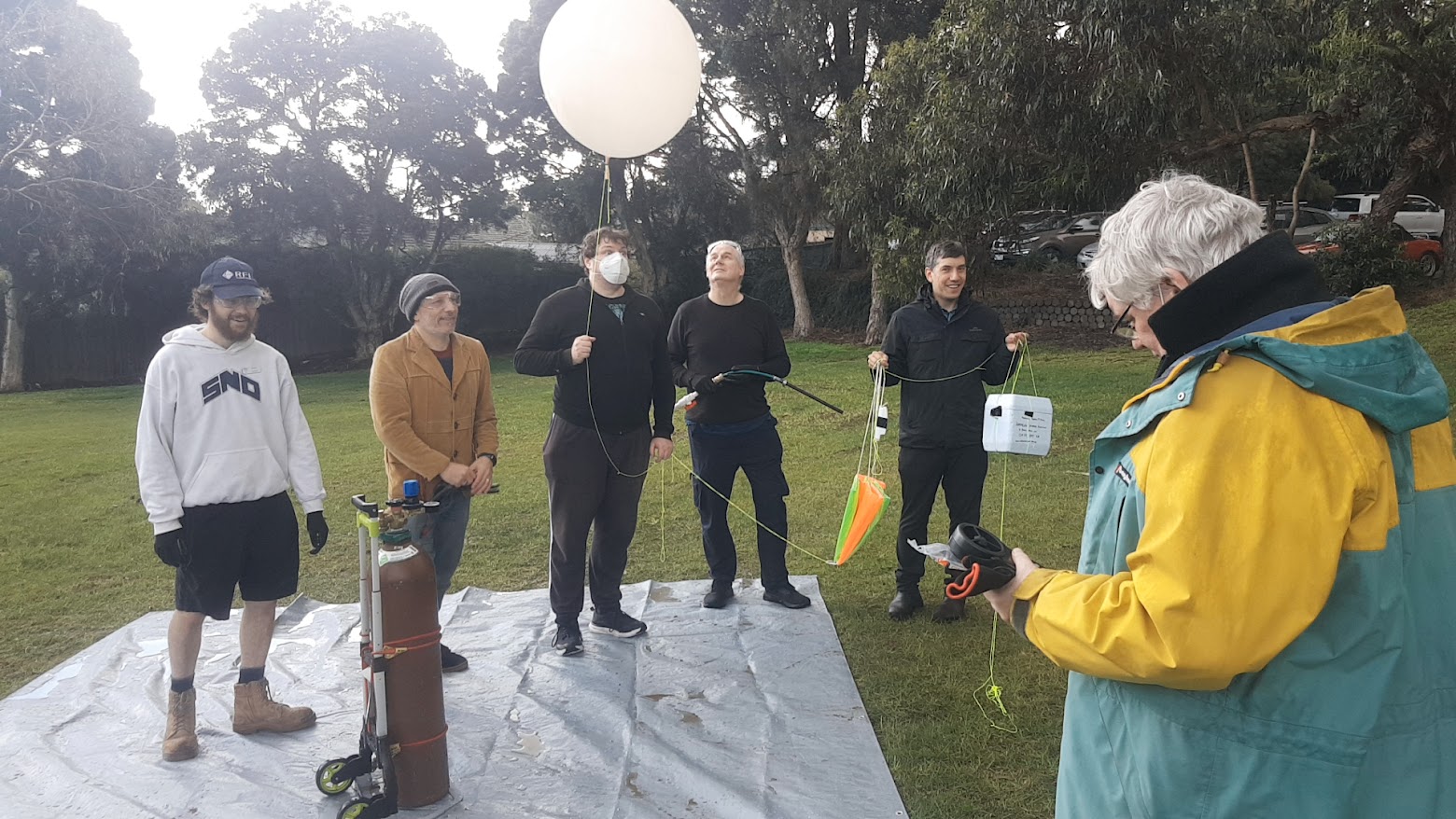 The EMDRC (Eastern & Mountain District Radio Club) High Altitude Balloon (HAB) group has been working towards it’s first launch here in Melbourne. The launch has been almost three years in the making, with COVID being unfortunately responsible for a lot of the delays. The EMDRC HAB group has obtained approval (also called instrument) from CASA (Civil Aviation Safety Authority), been in discussions with landowners to secure approval for use of their premises (Country Eastern Victoria) and has been working on putting together their payload for the first launch.

Please note that the EMDRC HAB roadmap is evolving and the timeline will change based on challenges encoutered and as our priorities evolve (based on learning gained from the challenges we encounter).

The EMDRC HAB team who turned up to support the Pre-Launch test included (Apologies if I’ve missed someone out, please bring it to my attention and i’ll be glad to add you to the list)-

Luke (VK3UKW) was kind enough to get there early in the morning on the 17th of July and opened up the EMDRC clubhouse for us. The others made their way soon after. Trevor brought along some sausages, bread while Trystan supplied the onions. John VK3JCW helped setup the barbecue and get things going, which allowed the HAB team to focus on their agreed activities for the day. Here’s some of the pictures we took on the day.

The outcome of the testing can be summarized as follows –

Here’s some lessons we learned from the testing we performed –

Here’s a list of items that needed to be worked through post the Pre-Launch test and before the actual launch.

Here’s a link to all the pictures that were taken on the day – EMDRC Pre-Launch Test Album.

If you are keen on joining the EMDRC HAB group please drop me a note at trevor at hack2 dot live or hab at emdrc dot com dot au. Happy to answer any questions you might have.