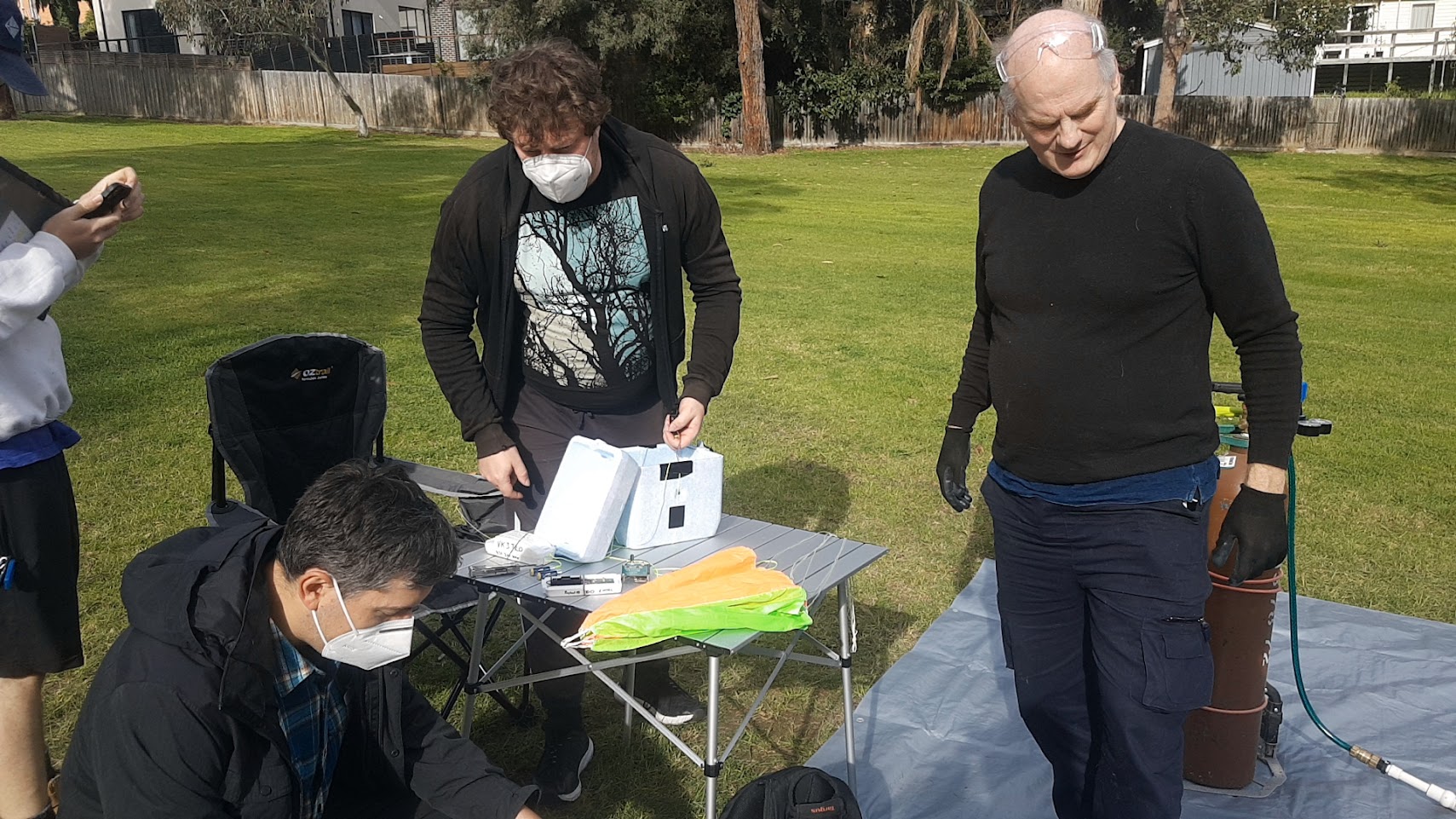 The EMDRC (Eastern & Mountain District Radio Club – https://www.emdrc.com.au) High Altitude Balloon (HAB) group has been working towards it’s first launch here in Melbourne. The launch has been almost three years in the making, with COVID being unfortunately responsible for a lot of the delays. The EMDRC HAB group has obtained approval (also called instrument) from CASA (Civil Aviation Safety Authority) including approval from the Ararat council for use of use of crown land for purposes of the launch.

The team has shared responsibilities for many of the launch activities. Here’s a view of ownership of the various tasks –

The EMDRC High Altitude Balloon team welcomes new members. Please write to us if you have any questions or if you are keen to be part of the launch group.