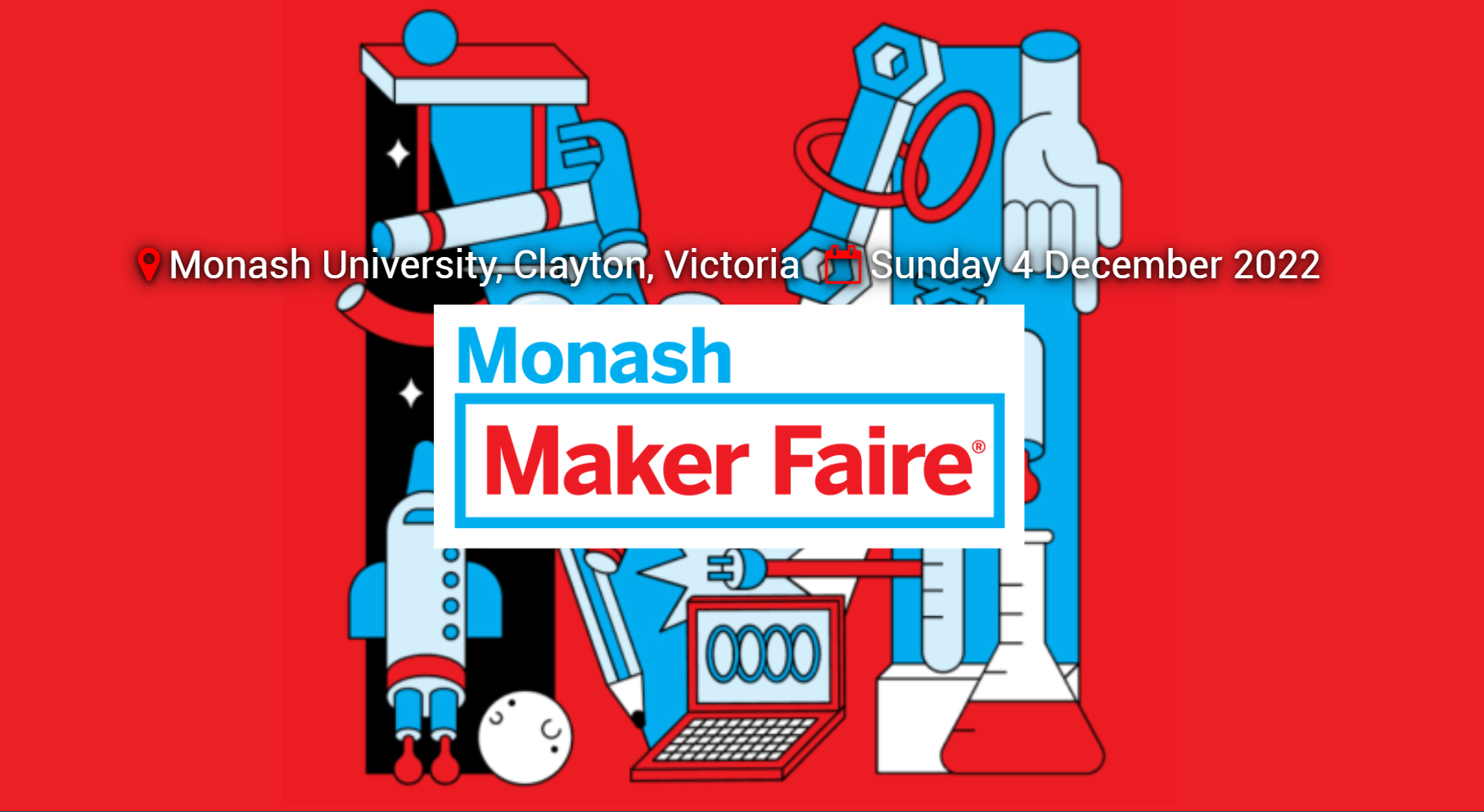 A Makerfaire is a convention or a gathering where makers, creators, innovators come together to celebrate innovation, creativity, making and creating. At a Makerfaire you can expect makers to showcase the projects they have been working on, participate in workshops on making and creating and learn more about the maker skills involved in some of the projects on display. To learn more about maker visit – https://makerfaire.com or checkout the video below.

CoderDojo Altona North is the kids codeclub that we’ve been running for the last ~5 years with the support of our awesome team of volunteers, parents, kids, Hobsons Bay City Council. Over the last few months our volunteers have been working with each of our parent/child teams to helping them put together their projects for the Makerfaire. Some of these projects our kids and parent/child teams are working on include –

The Melbourne Raspberry Pi Makers Group (MRPMG) which meets once a month is a group of makers, creators, innovators with interests in electronics, robotics, IoT, Machine Learning, Artificial Intelligence, general making and creating. We are putting together a list of projects for the Monash Makerfaire which includes –

Eastern & Mountain District Radio Club – The third volunteer group that i run is the EMDRC High Altitude Balloon group. EMDRC or the Eastern & Mountain District Radio Club is one of Melbourne’s oldest Amateur Radio clubs and along with Amateur Radio has interests in ARDF (Direction Finding), Satellite Tracking including launch & retrieval of Weather Balloons. The EMDRC stall will include the following exhibits –

Learn more about the EMDRC at the following link https://emdrc.com.au.

Our projects are still work in progress and we are expecting to have our projects ready for display at the Makerfaire. A lot of our displays are designed to engage and interact with kids and adults, so if you are undecided about the Makerfaire please head over to the Monash Makerfaire website and check out the various makers, creators who will be showing off their work. Drop by to say hi, have a chat with the folks at each of our stalls showing off their projects, interact with their creations and show your support.

I was told the last Makerfaire had ~7000 attendees, this one is only going to be bigger. Here’s some pictures from Monash Makerfaire 2019 which we participated in –

Drop us a note if you have any questions at trevor at hack2 dot live. Happy making & creating. See you at the Monash Makerfaire 2022.