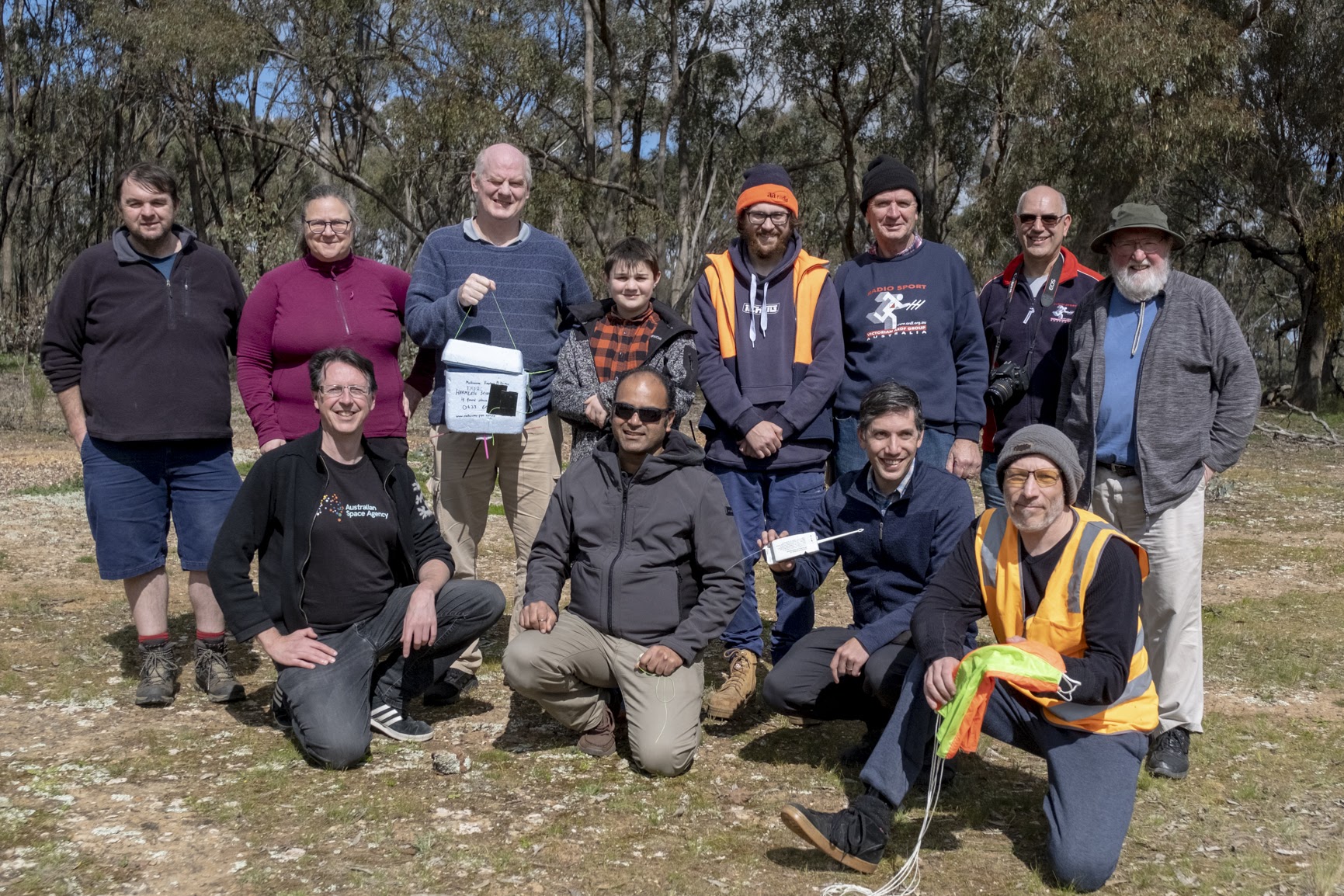 The EMDRC (Eastern & Mountain District Radio Club – https://www.emdrc.com.au) High Altitude Balloon team last got together on the 18th of September 2022 at 2100 on discord to work through timelines and approach for the upcoming launch. The EMDRC High Altitude Balloon team have locked in the 6th of November 2022 for our next launch, with a backup launch scheduled for the 13th of November (weather, etc.).

Over these last few weeks torrential rains have cause widespread flooding across Victoria which is a matter of concern and is being monitored closely by the High Altitude Balloon team. We are hopeful that the situation will improve in the coming weeks so that we can proceed with the launch. So, as always, we’ll keep monitoring the situation, get together as a group, review the data and make a call at the Go/No-Go meeting.

Key Dates – So here are the key dates for the upcoming EMDRC High Altitude Balloon Launch.

We are always looking to take on capable individuals to support design, build, launch of the payload. Please drop us a note if you are interested and we’ll help you get started.

Payload design & Build – Here’s an update on the approach, design and build of the payload for the upcoming launch.

Bill Of Material – Here’s the Bill of Material that we agreed to invest in at the last session, procurement status for each of the items on the list.

Come Join the Party – You are invited to join the EMDRC High Altitude Balloon group and help out with the launch prep activities. You are welcome to drive down, be part of the launch activities on the 6th of November 2022 at Ararat and then join us for the chase, payload recovery soon after. The launch site is at Ararat which is a ~2.5 hr drive from the heart of Melbourne and we intend to launch at the agreed time of 1000 Hrs, so plan out your day and set out early if you intend to be there for the launch. Details to be confirmed closer to the launch.

If you would rather stay home or rather grab a coffee and track the payload remotely then that’s great too. Here’s links to the software you need to track the High Altitude Balloon and payload we are launching.