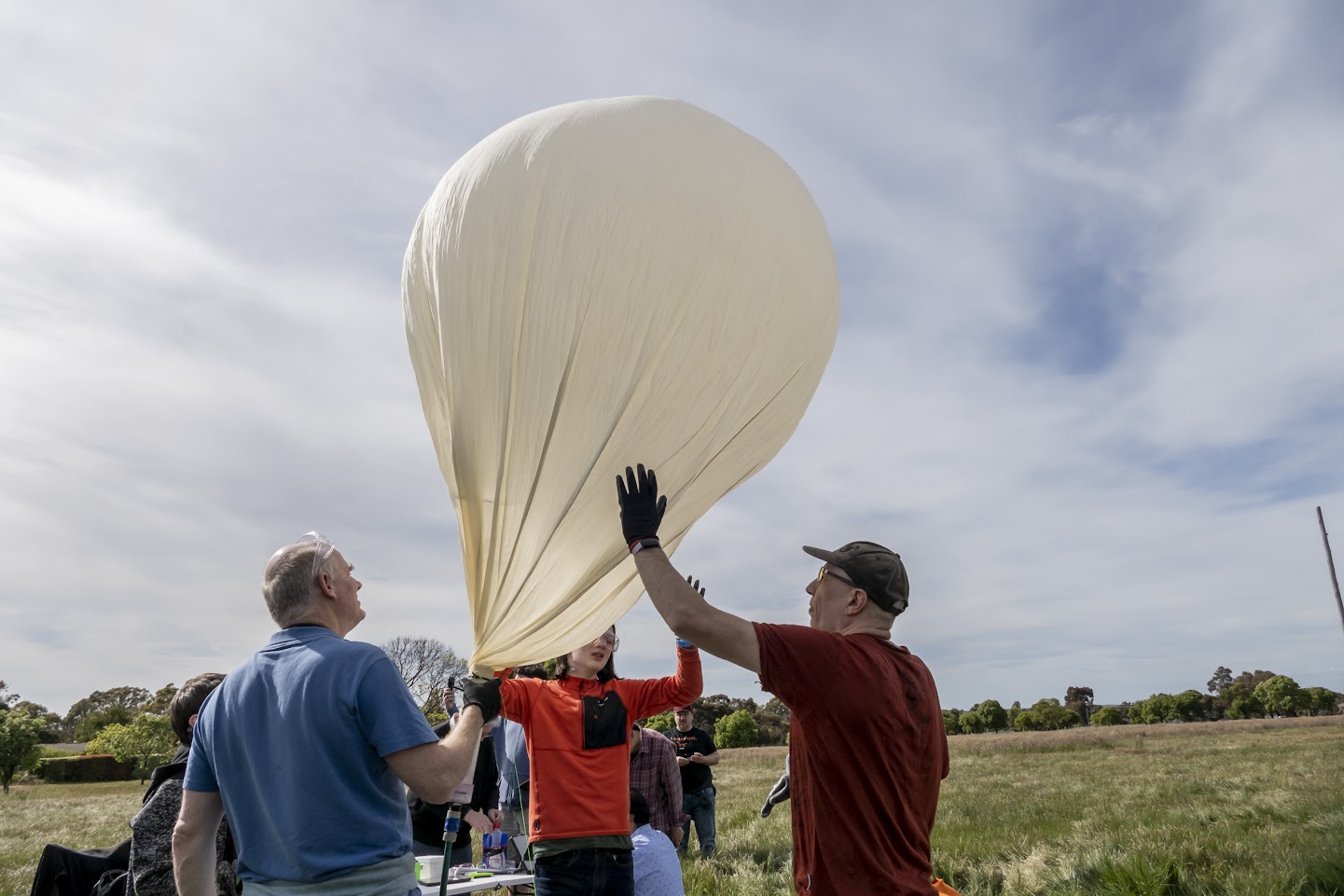 On the 4th of November 2022, the EMDRC (Eastern & Mountain District Radio Club – https://www.emdrc.com.au) High Altitude Balloon team got together at Ararat to launch their High Altitude Balloon. Ararat (Djabwurrung: Tallarambooroo) is a city in south-west Victoria, Australia, about 198 kilometres west of Melbourne, on the Western Highway on the eastern slopes of the Ararat Hills and Cemetery Creek valley between Victoria’s Western District and the Wimmera. Its urban population according to 2021 census is 8,500 and services the region of 11,880 residents across the Rural City’s boundaries. It is the largest settlement in the Rural City of Ararat local government area and is the administrative centre. It is named after Mount Ararat 10 kilometres south-west of the town which was named by politician and pastoralist Horatio Wills in 1841 (Source – Wikipedia).

Launch Activities – We reached the launch site at 0845 in the morning, were pleasantly surprised to find Tom VK3FTOM and his colleague cooking up sausages for the launch team. The launch team helped themselves to some sausages and then headed off to the centre of the park to prepare for the launch.

The tarp was laid down, gas cylinder carted out to the working area, gas filling assembly setup and equipment readied for filling to begin. The balloon was then taken out, filling commenced with Chris VK3PLS in charge of the filling process. While the balloon was being filled up by Greg, Chris VK3PLS, Nathan VK3DNS and Toby VK3TOS, Rohan VK3TRO and Trystan focused on getting the Primary (Raspberry Pi with Lora module running the Wenet software) and Secondary payload (Re-programmed Radiosonde RS 41) ready for launch. The team ran into some technical issues towards the end which then required Rohan VK3TRO to perform some triage and resolve issues and getting the Raspberry Pi based payload going again.

The initial plan was to launch the Hwoyee 1000 balloon, we had planned to empty 1.5 helium (E-Type) cylinders into the Hwoyee 1000, attach the payload and release it into the stratosphere. However we ran into technical issues just before the launch and had to give up on the Hwoyee 1000. With a large group at the launch site and plans to test out our modified Raspberry Pi Payload (we had technical issues with this on our first launch, was inoperable for part of the launch, only streamed pictures for part of the ascent/descent) we needed to get our act together and see how best to get the show back on to the road. At that point we decided we would go with the much smaller Totex 100, scale back the payload to only include the Raspberry Pi Camera (with Lora module running Wenet) and the Re-programmed RS41 (since the Totex 100 is considerably smaller, able to provide lower lift).

Greg, Chris VK3PLS, Rory VK3ASY worked together as a team to fill up the Totex 100 with the remaining helium. Trevor VK3TWC reached out to Mark VK5QI to confirm launch variables, then re-ran the burst prediction for the new setup (Totex 100 balloon with ~400gm of payload), he also re-ran the flight path prediction and confirmed that we were good to launch. The Totex 100 is a much smaller balloon limiting our ability to lift a heavy payload but most importantly allowed us to use the remaining gas and perform a High Altitude Balloon launch.

After the Totex 100 had been filled up, the neck was secured to the line using cable ties, payload secured to the balloon. All of the systems (Primary, Secondary payload) were re-checked to confirm they were transmitting, a final necklift measurement was performed and the payload with the Totex 100 then gently let go. The team then packed up, turned on their Raspberry Pi computers within their cars to start tracking the payload and then hit the road.

There following pictures aim to provide a visual storyline from launch prep to recovery.

The timeline provided above is tentative, will be confirmed as we get closer to the relevant dates.

However, If you would rather stay home or rather grab a coffee and track the payload remotely then that’s great too. Here’s links to the software you need to track the High Altitude Balloon and payload we are launching.