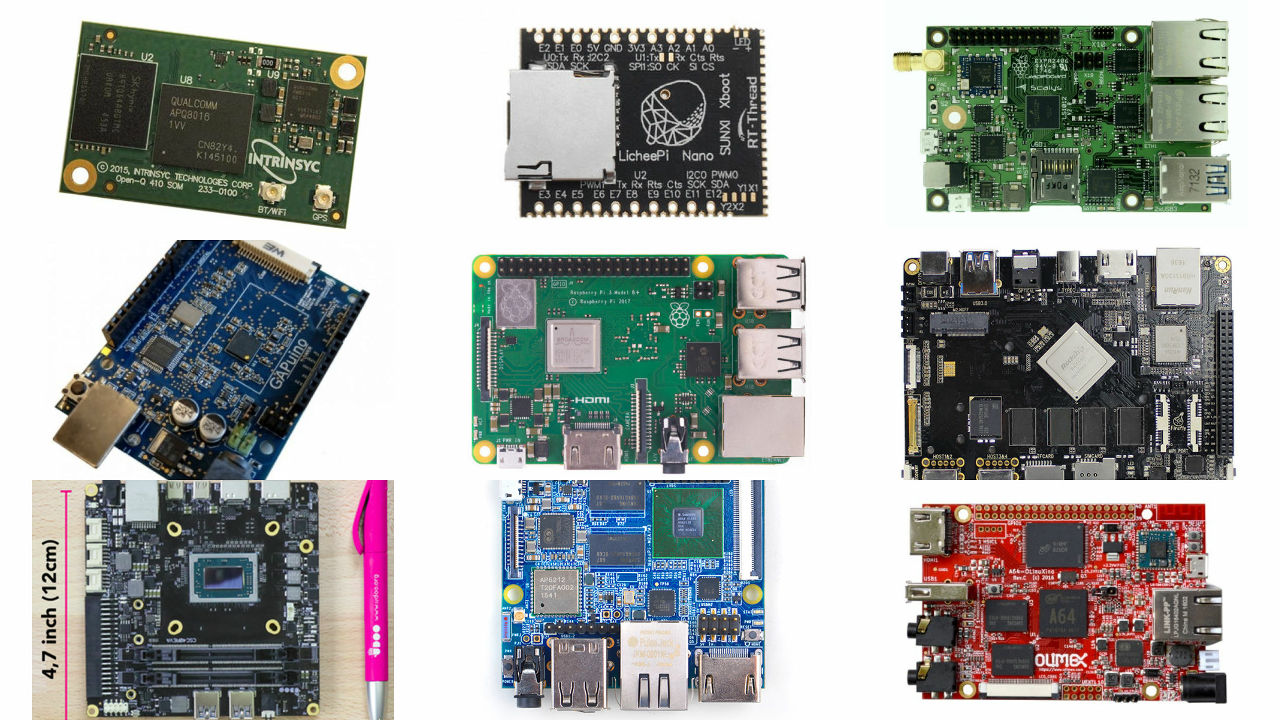 What is a Single Board Computer or SBC – Single Board Computers or SBC’s in short have been here for a while, evolving a great deal in the last decade. Here’s what Wikipedia has to say about Single Board Computers, “A single-board computer (SBC) is a complete computer built on a single circuit board, with microprocessor(s), memory, input/output (I/O) and other features required of a functional computer. Single-board computers are commonly made as demonstration or development systems, for educational systems, or for use as embedded computer controllers. Many types of home computers or portable computers integrate all their functions onto a single printed circuit board.

Unlike a desktop personal computer, single board computers often do not rely on expansion slots for peripheral functions or expansion. Single board computers have been built using a wide range of microprocessors. Simple designs, such as those built by computer hobbyists, often use static RAM and low-cost 32- or 64-bit processors like ARM. Other types, such as blade servers, would perform similar to a server computer, only in a more compact format. A computer-on-module is a type of single-board computer made to plug into a carrier board, baseboard, or backplane for system expansion. “

The Arduino foundation democratized making and creating in many ways through the launch of the opensource Arduino board. The Arduino foundation board was designed to make it easy for makers, creators, innovators to bring their ideas, projects to fruition. The Arduino platform provided a microcontroller based board which had a number of I/O pins that allowed one to experiment with real world sensors, lights, switches, etc. kick starting the maker movement. Another platform which one has to cover when referring to the birth of Single Board Computer (as we know it today) is the Beagleboard. The Beagleboard democratized making in other ways, the Beagleboard was much more powerful platform, came packed with loads of features, allowed for an operating system or OS to be installed on the board which empowered makers, creators, innovators to deliver much more complicated projects using the Beagleboard. Then finally in 2012 the Raspberry Pi Foundation (then just a couple of individuals wanting to further democratize making, creating, innovating) released the Raspberry Pi SBC, the rest as you know is history. If you are keen to learn more about the birth and evolution of the Raspberry Pi Single Board Computer then head over to – A History of Raspberry Pi Single Board Computers at Hackster.io.

There are a number of other alternatives to the Raspberry Pi, the list has been growing steadily these last few years. Check out some of the more popular ones listed below. The list provided below is not meant to be holistic.

The whole is larger than sum of the parts – So let’s spend sometime and look at what makes the Raspberry Pi stand out among all the other Single Board Computer offerings out there. As i have said here and at many other times to others in multiple conversations i have had with them, “The whole is greater than the sum of the parts”. You will see what i mean once we get to the end of this section.

When you look at each of the 8 dimensions above you will realize that individually they are good to have but collectively they make the Raspberry Pi an unbeatable offering. Each of these 8 dimensions are like business model choices that a business makes, one chooses to do certain things and decides not to do others which gives their business the edge in the market over others, until someone else comes up with a better way of executing the similar or slightly different business model and steals their customers and glory.

Another shocking fact with most of the Single Board Computers is the lack of good software support for the different hardware peripherals, GPIO, etc. Libraries that we take for granted on the Raspberry Pi either deliver substandard outcomes or in most cases don’t exist at all. A lot of the new Single Board Computer manufacturers have started to realize the importance of communities and have allowed creation of communities around their newer Single Board Platforms. There seems to be an unfortunate expectation that the community will pick up the slack in terms of lack of basic documentation, lack of basic libraries, mainstream Linux kernel support, advanced peripheral integration for the mainstream kernel, etc. It doesn’t take too long to work out that most of these boards have a lot of potential but will never really be a challenger to the Raspberry Pi unless they realize that it’s not the hardware specifications or how powerful their SoC / CPU is but rather how stable their boards are, how good their software and library support is, how strong their vendor ecosystem is, how supportive the community around their platform is, etc.

Is 2023 the year where alternative SBC platforms will give the Pi a run for its $ – These last couple of years have been hard for everyone, the pandemic, then the global recession, inflation combined with climate change, etc. Mankind has been witness to a number of life changing events, with little sign of things getting better anytime soon. So it’s time to brace ourselves for the ride, who know how much more time we have on this planet. The shocks of these events have sent ripples through the global supply chain for the semiconductor industry. The Raspberry Pi Foundation among many other chip manufacturers have been majorly impacted as a result have been unable to meet the the increased demand of Single Board Computers world over. So consider yourself blessed if you can find any Raspberry Pi boards. These boards have been unavailable these last 2.5 years with the Pi foundation focusing primarily on commercial customers.

Conclusion – 2023 is going to start of very similar to 2021, 2022 with regards to lack of availability of the Raspberry Pi. This is an opportunity for other Single Board Computer manufacturers to take on the Raspberry Pi, develop capabilities across the relevant dimensions and build a solid business model that gives the Raspberry Pi Foundation a run for their money. Yes, we like the work that the Raspberry Pi Foundation does but it’s also high time that we support the development of a larger Single Board Computer ecosystem so we have options when people like Ebon Upton decide that focusing on commercial customers is more important than focusing on makers, tinkerers, innovators….the core of the maker movement who are the reason why the Pi Foundation exists today. Ignore the maker movement at your own peril Ebon………….